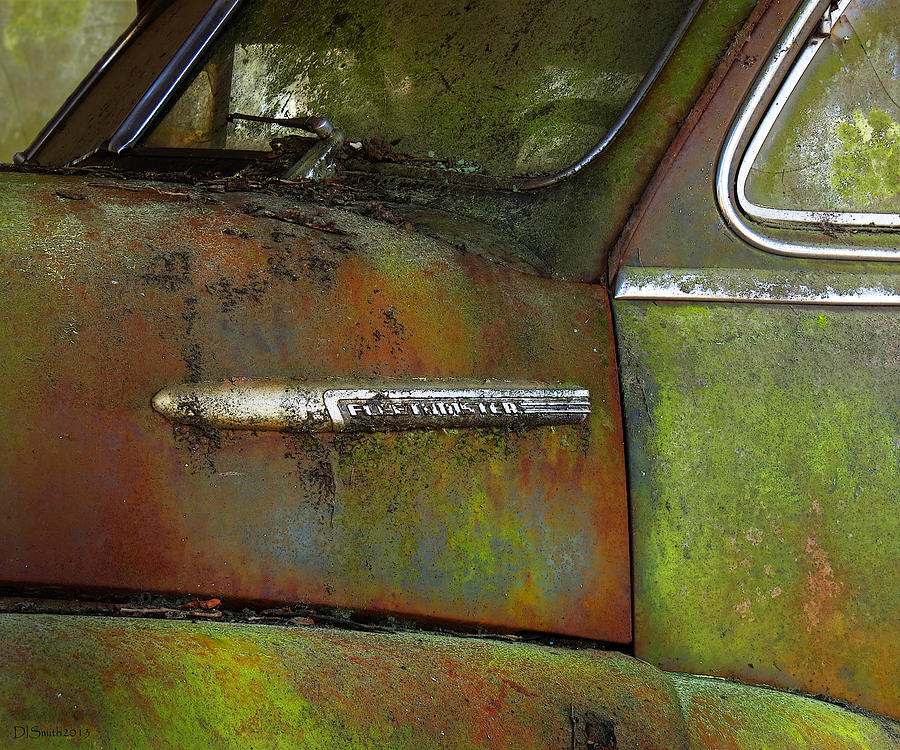 I spotted this elderly Chevy under a shed beside an old Tobacco barn near my home in So. Carolina. The barn owner told me that his great grandfather used to "run up and down the coast" in it.
About this car:
"The 1946, 1947, and 1948 Chevrolet Stylemaster, Fleetmaster, and Fleetline were warmed-over versions of 1942 cars, but that hardly mattered to a car-hungry public.

After nearly four war years in which no civilian passenger cars had been produced, Detroit could have sold anything with wheels that went round and round. Chevrolet, along with most of its competitors, shrewdly elected to serve up existing models. After all, the paid-for factory tooling was already in place, and the demand for new cars was unprecedented"

Love the green tones as mother nature tries to recapture the molecules that were once hers.

Thanks, Christopher. Mother nature is winning. :)

Thanks so much, Leticia!

Thanks Theresa. I was trying to picture it all shiny from the factory, but ... no luck. :)

Deborah, I love all the elements in this image....wonderful composition and colors! Fantastic capture and my DFSG pick...voted and a favorite!

An amazing capture of texture, corrosion and colors, Deborah. V&F

What a wonderful find Deborah and so well photographed. Isn't it awesome what mother nature and the elements will do. This is fabulous. f/v :)

It is quite a painting that nature created! Thanks, Kathy!

Floyd, Mary, and Daniel, thank you all!!

An oldie and still a goodie. v

Thanks, Florin for the feature!

I love that you used "elderly" for this old Chevy .... great find and image:)